Want to support my music while getting sweet, exclusive content?  Well, you're in luck!  Just head to my Patreon page and sign up at whatever level fits best for you!

Come join us, won't you?

Here's to the Next Show

"Here's to the Next Show," a new original song.

I started writing this song a while ago, in the midst of show cancelation after show cancelation.  I got to play some incredible shows at the beginning of the year.  There were many more planned, but as things progressed, some shows were moved to an online format, and most were simply called off.  It was quite sad and disappointing, but absolutely the right call during a global pandemic.  However, there was no way I was going to stop shows altogether.

As the year went on, I found new ways to play shows.  Solo live streams, "group" live streams via Zoom, these YouTube videos, etc.  It was a strange new world of performing, but it allowed me to keep doing what I love, and to connect to both my musical colleagues and you wonderful listeners in new ways.

Now back to the song.  What started as a song to help deal with the disappointment of so many cancelations became more.  It also became a way to express my gratitude for the chance to keep performing, and the support I received for doing so.  In keeping with that, the first time I played this song live was on the "Danny & Jimmy and Friends" live stream in December, a virtual show that brought together many of my friends from around the Midwest to share music with folks around the world.  It was vastly different from what I would have done a year ago, but it was an absolute blast.

So thank you, and here's to the next show!

You can find the demo recording of "Here's to the Next Show" right here.

This week, we've got Jimmy the Piper, but without the pipes! He's taking the lead on Gordon Lightfoot's "Song for a Winter's Night." Get cozy and enjoy!

Joining me this week is one of my oldest musical partners, Kabel Lefto! He's jumping in with one of his great original songs, "See You Soon."

Joining me this week is Mitch Branby!  A purveyor of soulful originals and covers, Mitch is joining me for this rendition of the great John Prine's "Way Back Then."

Each Tuesday this December, I'll be releasing a collab video on my YouTube channel.  Here's the first installment with Scott Yonke!  In addition to heading up The Yonketonk Band, Scotty rocks the bass in Jojo Green and The Gunn Slingers (along with yours truly).

I now have handmade bundle tippers available for sale on my Bandcamp!  Made from bamboo or wood, the tippers are available in a variety of lengths, single- or double-ended grips, and as a full bundle or with a solid core.  There will always be a few in stock, but I will also take custom orders.  Check them out here! 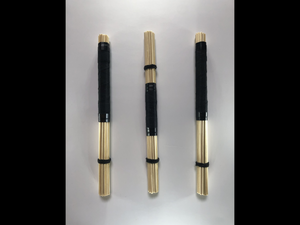 If you want to see/hear the tippers in action, check out this video I did with Jimmy the Piper!

Simply click the "Store" link in the header or head to dannyschwarze.bandcamp.com/merch!

New video of an original song up on my YouTube channel!  Check it out.

It's here! Small Adventures is now available to all of you lovely people!  You can buy a hand-stamped physical copy at any of my shows, or find it digitally on my Bandcamp page, Spotify, Apple Music, Amazon Music, Google Play, etc.  Enjoy! 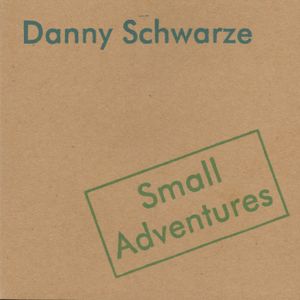